· Registered
Joined Jan 21, 2012
·
520 Posts
I have one on my GEN 1, works great. I think I even posted a thread on this forum long ago. The Healtech website has this, but you should call them or contact them 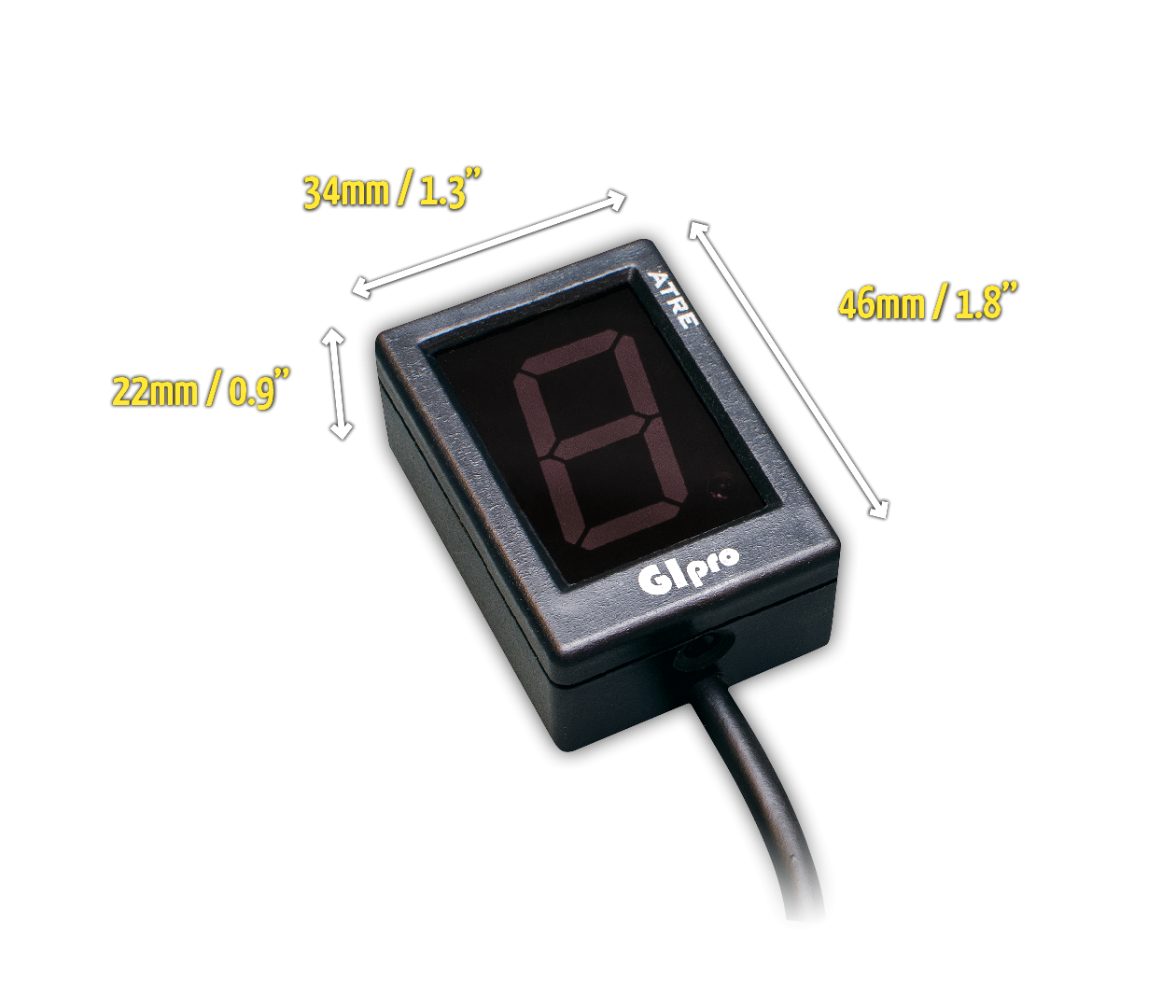 GIpro ATRE G2 - 2nd generation gear indicator with lots of added features and functions. The smallest and smartest on the market!

https://youtu.be/w2AAqM9N3tA Put a gear indicator from my 2nd gen onto my 1st gen and it wouldn't work correctly. Pulled the gear position sensor out and found out that it wasn't meant to work in the first place. Found a way to make it work by replacing the sensor with a sensor from a 2nd...

Has anyone ever had a problem with there GiPro gear indicator? bought used from a forum member. It seems to work fine in 1,2 but beyond that it's right about 50% of the time.. off by one gear. It will read 5th when in 6th, 4th may read 3 or 5, same for the rest. never reads blank and is never...

· Registered
Joined Jan 21, 2012
·
520 Posts
Come on man don’t be lazy! Having a gear indicator is a major plus in my opinion. It’s just a plug-in mod, finding the correct correctors is the first hurdle. One of the connectors is hidden under electrical tape but I was able to find it. Once installed, the bike has to be on a rear stand and run it through the gears to calibrate the new gear indicator. For me, it was well worth the time. It has worked flawlessly since installation.

· Registered
Joined Aug 14, 2020
·
412 Posts
I have the gipro atre on my gen1. I can confirm that despite having gone thought the calibration process several times, the gear indicator is inaccurate. It's not an issue with the healthech's products itself, but an issue with the gen1 gear position sensor. It won't read like the bike is in 6th while in reality it's in 1st but it will often be -+1 gear off the actual gear and will often flash back and forth between gears until it finally settles on the correct one after abouty 5-10 seconds. I've tried to fix this with the gen2 gear sensor+bearing ball fix with poor results. The gear sensor was all over the place. As far as the tre functionality is concerned I can notice no difference between tre on and off. The tre is supposed to increase bottom end. I've tried switching back and forth multiple times and the bike is dead below 3k no matter what. Setup was +1 tooth in the rear. I reckon healtech makes a fine product, but it just doesn't quite work on the gen 1 due to the issues the bike itself has. I wouldn't spend 140€ again on the gear indiciator with tre function: i'd get the base gear indicator for 70-80€ and accept that it's gonna always read -+1 gears until it settled after a few seconds. My 2 cents, your mileage may vary.

· Registered
Joined Jan 21, 2012
·
520 Posts
It took me a few tries to get it calibrated (on the rear stand), but my gear indicator works really well, no problems

· Registered
Joined Aug 14, 2020
·
412 Posts
I had issues with the original gen 1 sensor and the gen 2 sensor is even worst. I've seen on the replacement parts chart that there is an updated sensor available for the gen 1.
I've ordered mine and I will install it and report back if it works properly. I'll put it on my bike with the GIPro sensor and report back.

· Registered
Joined Aug 14, 2020
·
412 Posts
I also have the black nissin zx6r/zx14r calipers and can vouch for them. Improves the braking greatly.

· Registered
Joined Jan 21, 2012
·
520 Posts
Nice find! Are you also running EBC HH pads?
Looks like you have resolved the brake issue for sure!

· Registered
Joined Jan 21, 2012
·
520 Posts
I am one of those guys that swears by them, of course I don’t use my bike on the track, a street bike and aggressive Sunday canyon carving.

Skydork was reviewing for track use so I couldn’t comment on that. But for street use the EBC HH pads have been great.

Anyways, I’m sure your brakes are going to be fantastic now!

· Registered
Joined Aug 14, 2020
·
412 Posts
Speaking of gen 1 upgrades, does anyone know of any cheap upgrade options for the suspensions? Could you for instance put a gen 5 shock on a gen 1 without major modifications? Gen 5 shocks are ridiculously cheap because they are removed from track bikes with very low mileage. Would make for a great upgrade over a 18 year old gen 1 shock.

The fork is working pretty well for me now after I backed the compression damping off to 10 clicks out, it's more compliant and less harsh

Brakes are fantastic now - a must do upgrade on these bikes